Robin Fenlon and his GT40 project 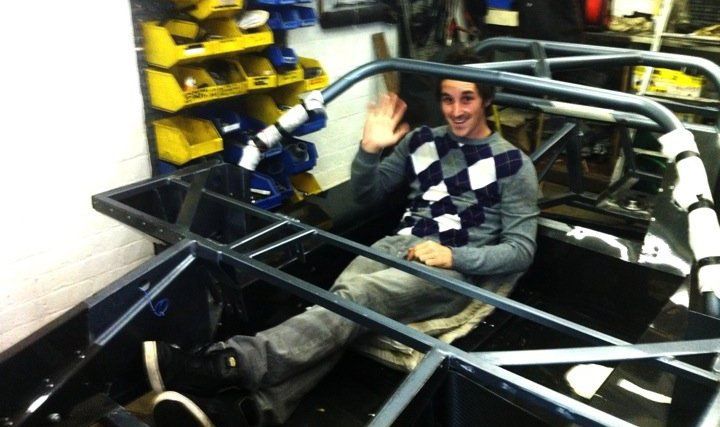 Tell us a bit what you've done on the BMX side and how often you still get to ride?
Robin: Well it's a question I've been asking myself a lot recently. I 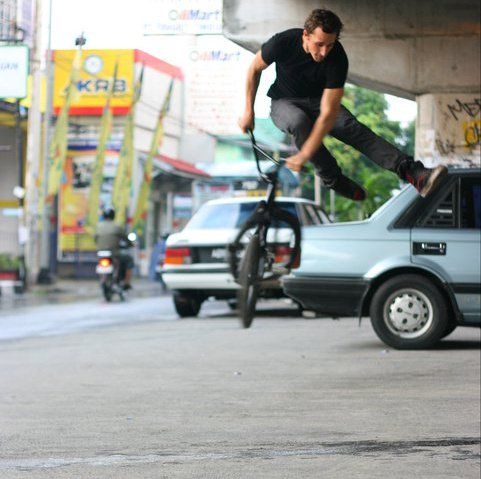 didn't ride much in 2010. I can count the number of times on one hand - I've felt really burned out after working for a BMX magazine for so long. I had a dream job working for Ride, but sometimes combining what you love and paying the bills something is going to suffer and unfortunately we all have to pay bills so the riding suffered. I've sworn that I'll bring my bike away with me to all my trips this year, so hopefully I'll get to ride a lot over the next twelve months. [ I couldn't bring my bike to Oz because of weight restrictions but thanks to the kid who lent me his bike at Bondi yesterday!] 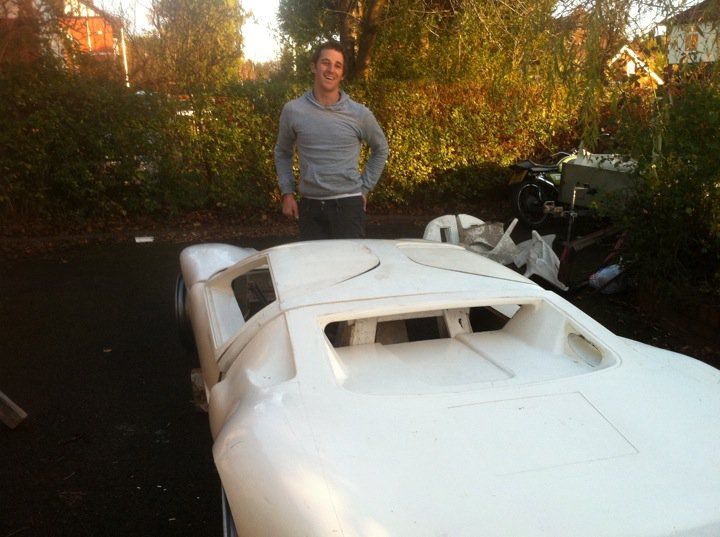 You seem to be traveling all over the place. Where are you at right now?
Robin: Right now I'm in Melbourne, Australia. I travel a lot with my job, it's the primary reason I do it. If I were working an office job like I have most of my life, I'd be saving up to go on trips, now my job is going on trips. I'm freelancing for a sports federation, so I'm spending about 5 months a year on the road.

That sure doesn't help the project you've been working on. Tell us how that started?
R 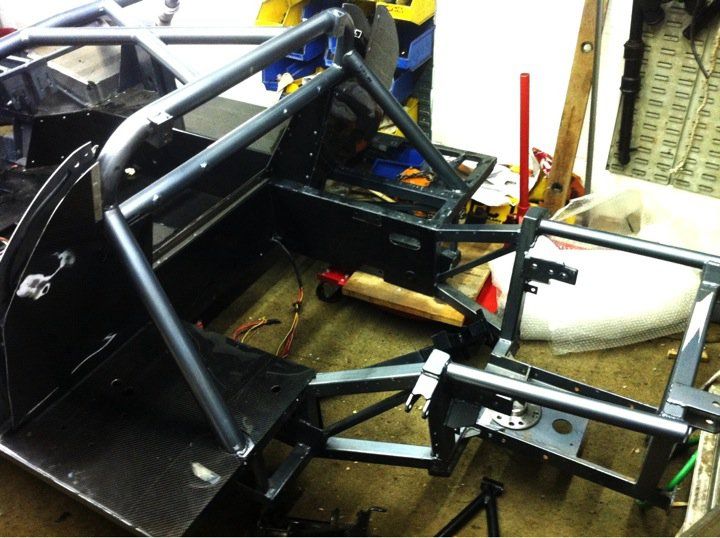 obin: I've been into cars for as long as I can remember. My dad has always been into cars, restoring classics for fun. His E-Type Jaguar I didn't appreciate at the time but now I daydream about having something similar. It started really with a long search for a car with the right attributes - I can't afford a supercar yet, so I figured I'd build my own. The GT40 was produced in such small numbers that originals sell for hundreds of thousands - it makes a replica version much more appealing. I loath the idea of replica cars, gluing fibreglass to a Toyota to make it look like a Ferrari is the ultimate turn off. The GT40 replicas are very different in that they can be built as exact replicas. 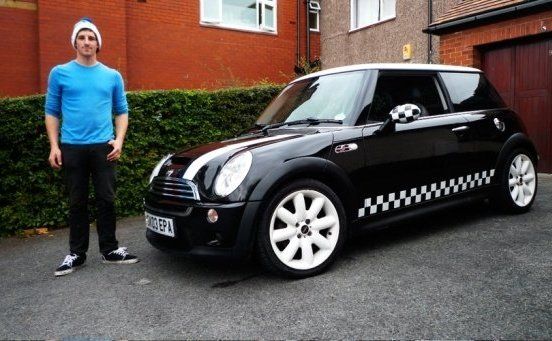 Have you always been into sports cars?
Robin: Yeah, I've just never been able to afford one. My chequered car history isn't what I'd like it to be but I've had some fun. Anyone who knows me knows how much I love to drive.

Have you watched every episode of Topgear?
Robin: My girlfriend would probably like to answer this question! Yes 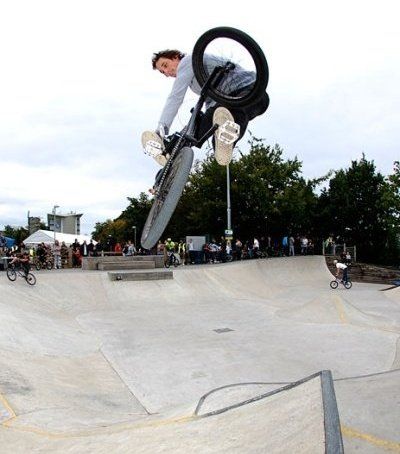 I have. I love Top Gear, although these days it's much less about the motors and more about the personalitys of the presenters. I like them, but I do miss the car stuff.

Now how are you piecing together the car. Did you make the frame yourself?
Robin: I bought the chassis of the car from a fella on a car forum. I had some money in the bank and I'm not very good at keeping it there so I went to see him. It cost me a couple of grand for it and it's carbon fibre clad. It's a very good start to the project. I'm not much of a welder, and it's a huge skill to get a chassis right. The rest of the car I'm scouring Ebay and forums for parts. It's an arduous process. 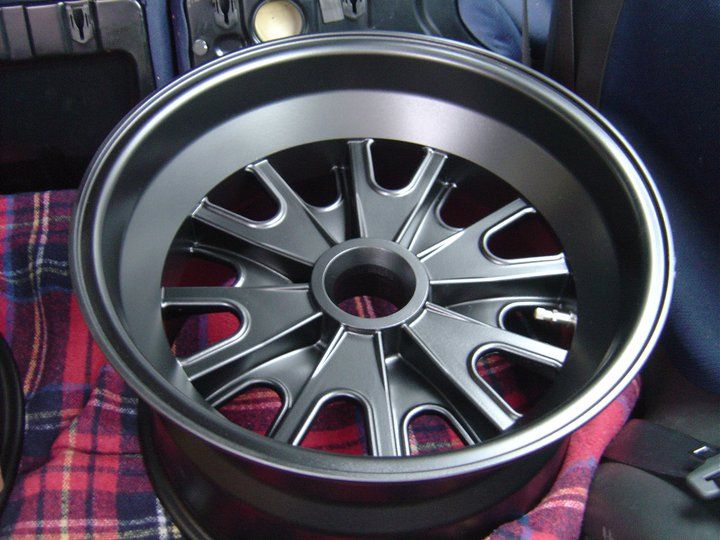 Where did you find the wheels?
Robin: The wheels I got from the same guy I got the chassis off. I couldn't afford them at the time but times are good at the moment, I figured I'd get them as life's a waveform. I got them powder coated black last week.

Are you afraid that things won't fit 100%, or are you good with the grinder?
Robin: I've never been the master of tools but cars are pretty simple, especially ones built in 1965. I can build a BMX with only a hammer. I'm worried about certa 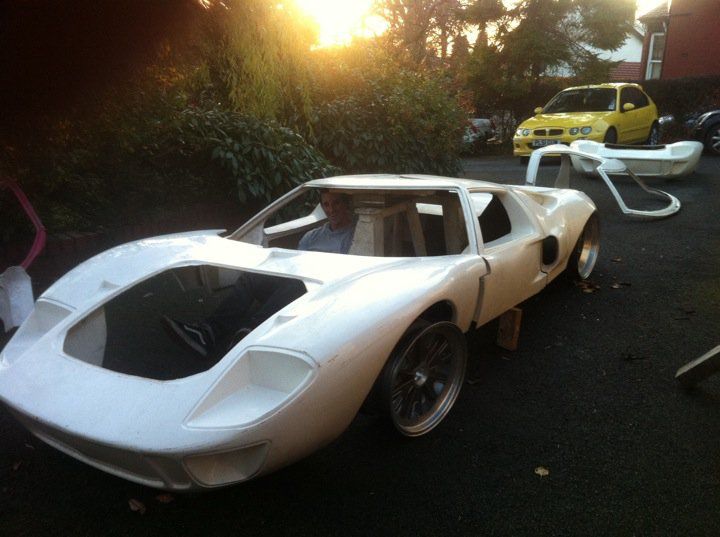 in things, but there is such a wealth of information online that I'm confident that I can find the answer if I get stuck.

What sort of engine are you shooting for?
Robin: It has to be a V8. A lot of guys like to get an original cast iron Ford block but I'm not bothered about originality. It'll always be a kit car so I might as well make it my own. It's a very light car, so 400-500hp will be easy to achieve and more than enough. I'd consider a supercharged engine, as I like smooth power, but I want to get it running as soon as possible, so will probably opt for a new Chevy LS engine. If anyone has one knocking around be sure to shoot me a Facebook message! 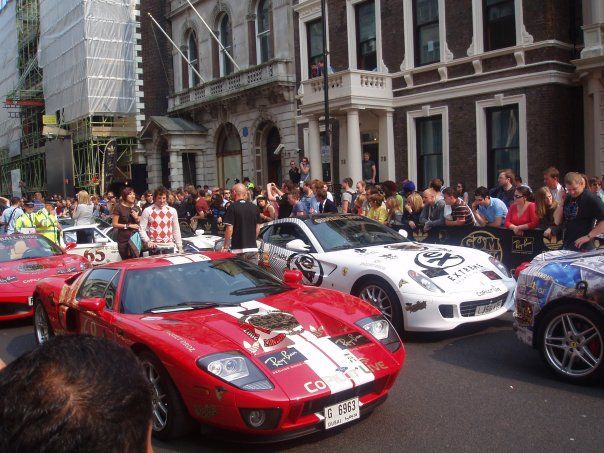 What's the goal for the GT40 to be finished, in time for Gumball 2012?
Robin: Haha, a very good friend of mine worked for them for a while and I'm not sure it's really my cup of tea! I suppose the ultimate dream is driving around the world in it? It'll be finished for next Spring.

Who have been big helps with the project?
Robin: My father for sure. The car is stored at my house in Manchester as my lovely little flat in London doesn't have a garage! 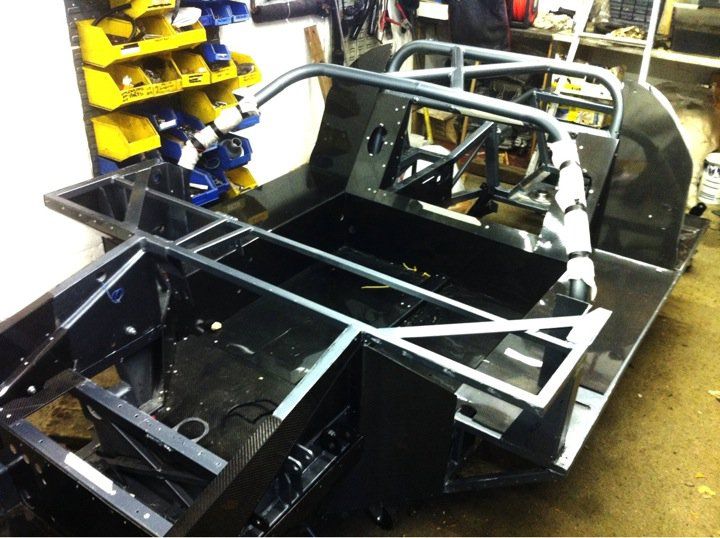 Money into the car so far: £6k
Money needed to finish the car: £18k
Monthly money needed for gas and tyres once the car is done: I'd like to have it finished this year, so gas prices will probably still be affordable. Maybe £200 a month? Tyres? I have a friend who is a tyre dealer who I may be sending plenty of money too!

Last words: If anyone reading has a V8 knocking around or a Porsche gearbox then give me a shout! Or a Lamborghini Muira?
Tweet

More in this category: « Interview with Alex 'Lix' Bacskay. By Lloyd Ramsay Workshop Wednesday with Ugo Geneste »
back to top